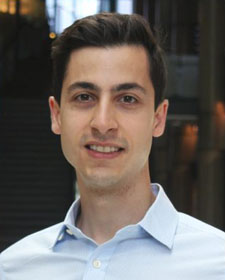 Vahid Sarhangian is an Assistant Professor in the Department of Mechanical and Industrial Engineering (MIE) at the University of Toronto and Director of the Centre for Research in Healthcare Engineering (CHE). He holds a PhD in Operations Management and Statistics from the Rotman School of Management, University of Toronto (2015). Before joining MIE, he was a Postdoctoral Research Scholar at the division of Decision, Risk, and Operations at Columbia Business School (2015-2017). Professor Sarhangian’s primary research interests are in data-driven modelling and control of stochastic processing networks that arise in healthcare and service delivery systems. His work on healthcare operations and supply chain management has appeared in journals such as Operations Research and Manufacturing & Service Operations Management.

Ken Wong joined the team in July 2015. He has science degrees from Carleton University, University of Ottawa and Université Laval, and has worked as a researcher at the Biotechnology Research Institute, the University of British Columbia and the New Zealand Forest Research Institute Ltd, and as an adviser at the Royal University of Phnom Penh and the Scientific Research Organisation of Samoa. Having returned to Canada in early 2015, he is keen to learn about and contribute to healthcare engineering and related sectors. 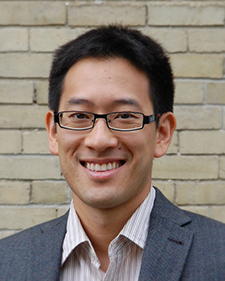 Timothy Chan is a Professor in the Department of Mechanical and Industrial Engineering at the University of Toronto and Director of the Centre for Analytics and Artificial Intellignece Engineering. He received his BSc in Applied Mathematics from the University of British Columbia (2002), and his PhD in Operations Research from the Massachusetts Institute of Technology (2007). Professor Chan was an Associate in the Chicago office of McKinsey and Company, a global management consulting firm (2007-2009). During that time, he advised leading companies in the fields of medical device technology, travel and hospitality, telecommunications, and energy on issues of strategy, organization, technology and operations.

Professor Chan’s primary research interests are in optimization under uncertainty and the application of optimization methods to problems in healthcare, medicine, global engineering, sustainability, and sports. He received the George B. Dantzig Dissertation Award from INFORMS (2007), an Early Researcher Award from the Ministry of Economic Development and Innovation of Ontario (2012), an Early Career Teaching Award from both the U of T Department of Mechanical and Industrial Engineering (2012) and the U of T Faculty of Applied Science & Engineering (2013), second place in the INFORMS Section on Public Programs, Service and Needs best paper competition (2012), and first place in the MIT Sloan Sports Analytics Conference research paper competition (2013). His research has been featured by the CBC, CTV News, the Toronto Star, and Canadian Business magazine. 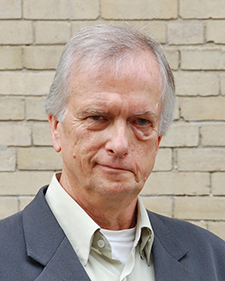 Michael Carter is a Professor in the Department of Mechanical and Industrial Engineering at the University of Toronto  and founding Director of the earlier Centre for Research in Healthcare Engineering. He received his doctorate in Mathematics from the University of Waterloo in 1980. Since 1989, his research focus has been in the area of health care resource modeling with a variety of projects in hospitals, home care, rehab, long term care, medical labs and mental health institutions. He has supervised more than 160 engineering students in over 100 projects with healthcare institutions. He was the winner of the Annual Practice Prize from the Canadian Operational Research Society (CORS) four times (1988, 1992, 1996 and 2009). In 2000, he received the CORS Award of Merit for lifetime contributions to Canadian Operational Research.

© 2023 Faculty of Applied Science and Engineering